What role does the State play when it has a pandemic on its hands? Does it retain a neutral role? No. The State is a tool of oppression which one class uses to exploit another. The ruling class usurps power through the state machinery and creates “special bodies of armed men” which serve it by oppressing the exploited class. The exploited class seeks to destroy these power structures and create a new organisation of the same type which would now serve them instead. Police and prisons are such special bodies of armed men.

The prisons in the semi-feudal, semi-colonial Indian State serve the comprador bourgeoisie and big landlords. The prisons are designed to systematically oppress the proletariat, the semi-proletariat and the lumpenproletariat. That is why, when the oppressed classes demand radical change, they are arrested and put in jails. With draconian laws such as UAPA and AFSPA, among others, even the basic treatment meted out to prisoners in India rubbishes the claim of India being a decent democracy, let alone the world’s largest one.

With the coronavirus spreading, the Judiciary shut down and the state was faced with an undeclared crisis when, on 21st March 2020, the prisoners of the Dum Dum Central Prison, who were not even allowed to meet their families before the lockdown, protested against the authorities – their demands being bail, parole and other preventative measures against the coronavirus. And how did civilised India’s barbaric minions respond? They fired at the prisoners, killing three and injuring many more.

Prime Minister Narendra Modi declared a lockdown for 21 days for the entire country, starting midnight on Tuesday (March 24) until April 14. Soon after the lockdown was announced, numerous reports started coming in of police violence towards the working classes in Kolkata and in other districts of West Bengal. These reports are, however, obviously not restricted to West Bengal, but have been coming in from the entire country. Videos are doing rounds on social media of the brutal nature of police atrocities being directed particularly against the working-class communities. A particular clip shows wounds on the back of a coal miner, left from the batons of the police. Without checking any identity proof, the police hit the miner. In the video, the miners correctly threaten the State that if these atrocities continue, the colliery will stop. Consequently, the generation of electricity will be rendered impossible and even hospitals will shut down. One need not imagine the horrors that will be unleashed upon the people if the hospitals shut down. Another clip shows a wounded homeless person, who was unfortunate enough to face the wrath of the police officials. There seems to be no dearth of encouraging the police to beat up the working classes who are forced to go out in search of a living on our part – historically, the middle class has often played a crutch through which the limping Police State is able to get on its feet.

Due to the neoliberal economy, the working class survives on daily wages and lives to work the next day. The government, without first having made any substantial provisions for rations and wages, has attempted to lockdown the country with force. It must remember that its force will be no match for the masses if they take it upon themselves to dethrone them. Down with the Police State!

Tathagata is a high school student and a political activist. 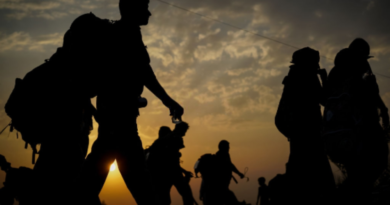 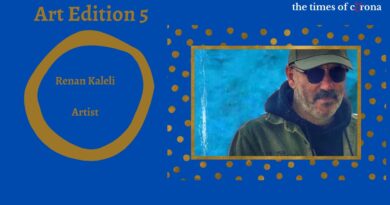 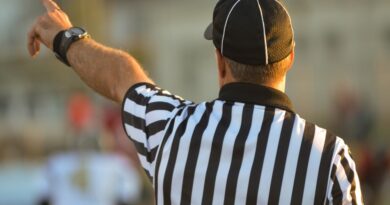 Penalties in the times of Corona