It has been almost five years since I started listening to and falling in love with Sunday Suspense. For those of you who don’t know, it is a special segment run by Radio Mirchi Kolkata, where they read out stories (predominantly in Bengali) in a pseudo-dramatic way. It has been on the run for more than ten years now. A friend of mine, Reeswav Chatterjee, and I fell in love with it almost simultaneously. Being unnecessarily overconfident, we somehow believed that, if given the time, scope, and equipment, we could pull off something similar on our own. Since then, academia has thrown us semester after semester, exam after exam. The idea of executing it almost escaped us, before a global pandemic made us jobless.

When the lockdown due to the COVID-19 outbreak started, I recorded an audio story and instinctively uploaded it. That same friend came to me with an idea of utilising our hitherto worthless hours to produce continuous content like this. Thus, started Quarantine stories. Since then, we have produced seven stories, with the last one crossing two thousand views on Facebook. In this initiative, we try to read out short stories (again, predominantly in Bengali) to keep our audience entertained for half an hour. We had started out with two stories in a week, but soon, a reality check knocked on our doorsteps. We learned music arrangements on the second audio story and foley on the fifth. With just our smartphones and a few free applications, we have managed to make a few people satisfied. Recently, we have opened a Facebook page, after being suggested the same by many a well-wisher. We have done only one English story so far. However, we plan to do a few more, intermittently, to know what our audience wants. In the future, we might even take the liberty to translate English classics into Bengali, to present them to our audience.

I believe this will be over soon, but the impetus provided to us by this lockdown is not going anywhere. The name shall stay, as Shakespeare has said, “What’s in a name?”. We will continue this endeavour to the best of our abilities, trying to improve with every story. Thank you for being with us, and supporting us.

Aritra has been an ardent lover of literature for a long time. He believes that doing audio stories is better than reading pieces dryly. In this dry weather, he urges all of us to try and enjoy themselves with the help of little initiatives taken by Quarantine Stories.

Reeswav Chatterjee, co-founder, has never left Aritra’s side since 2014. At times, he becomes too much to take, but give him something of his passion and he will show you how it’s done. They make a great team at creating art, and even greater at making fun of themselves.

We welcome your articles, stories and poems (in বাংলা and English) at letters@timesofcorona.com and timesofcorona@gmail.com 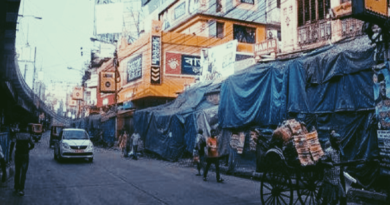 Kolkata in the times of Corona: A Prose Poem 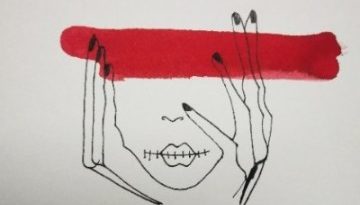 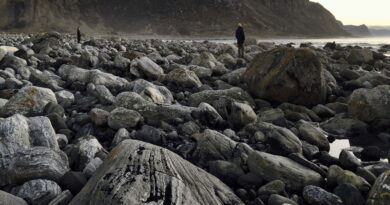 One thought on “Quarantine stories: Storytelling in the times of Corona”