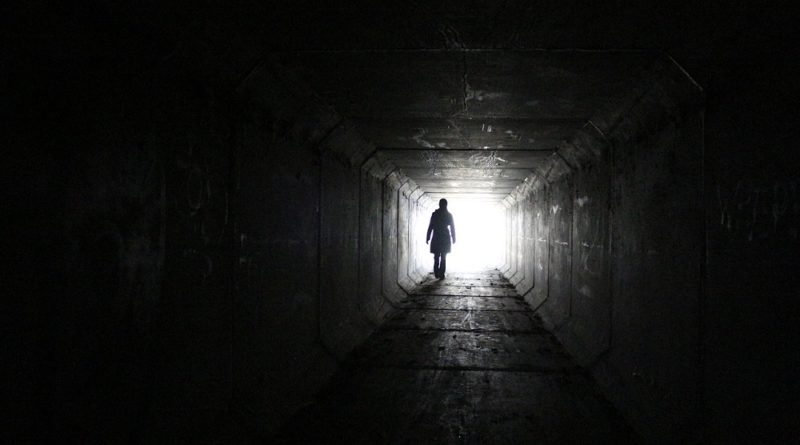 Sunday evenings can get very quiet in the hospital, especially on the fifth floor. They call the fifth floor the palliative care and wellness unit but Satyaki knew it is where they keep the terminal patients. Strangely enough, the beeping of monitors and the occasional opening and closing of the elevator door adds to the deathly silence of the empty corridors and the mostly vacant cabins. At the dark end of the long hallway, Satyaki stood by the awning window that overlooked the majestic highway and the fairgrounds adjacent to it, puffing his third cigarette.

‘Isn’t the view beautiful from here? Let me have a drag’, whispered Ishani.

‘Aren’t you going in? Someone should stay there with maa’, she asked.

Satyaki made no effort to answer her.

‘What is it? What’s bothering you?’

‘Just supping the silence. Do you remember the times when the three of us used to have night picnics on the roof and how we used to give names to stars after the surnames of famous filmmakers?’ reminisced Satyaki.

‘Polaris rhymed with Solaris, so we named it after Tarkovsky, and Sirius was Ray. We were a bunch of showoffs. I can’t believe mother made me sit through Solaris, I was fifteen; I should have been watching Hannah Montana.’, cried Ishani.

‘We lost our touch with the simpler aspects of life…The stars…Do they mean anything to you now?’

Perplexed by her brother’s sudden and aimless query, the economics undergraduate gave a long and hard look at the crimson-hued evening sky.

‘To me, they are like little glittering asterisks reminding me of all the things I forgot to appreciate in life.’ said Satyaki, exhaling a thick cloud of smoke.

‘You see the giant wheel across the highway?’ asked Satyaki, pointing to the fairgrounds.

‘You get four rounds every ride, each round takes about twenty seconds more or less, and while you are on it, all you do is scream and cry your guts out, and the strangest part of it all is that you wanna get back on it again and again. Why do we do this to ourselves! Why at all?!’

‘You are being weird again, Dadai. Aunty Judith should be here any minute now so you better put out the cigarette. She will stay here with Maa while we go back home and freshen up. And I am not scared of riding a Ferris wheel.’ said Ishani with a dry smile.

Satyaki stared at her pensively. He felt a surge of emotions rushing to his face, a desperate brotherly need to save his sister from the bitter truth. But his body gave away the semblance of calm which he thought he had perfected; his nostrils flared, the facial muscles tightened, the veins on his temple throbbed and out came spurting the word that’s been echoing in his head for so long, ‘DNR’.

‘The doctor has asked me to visit him about the DNR.’

Ishani shuddered and stared blankly at her 27 year old brother. He seemed to have aged a lot in these few days.

‘Mother is very sick’, said Satyaki, downplaying the grievousness of the situation.

‘Apparently, there are little to zero chances of her recovery at this stage. The doctor insists on allowing a natural death and that there’s no point in making her suffer this ordeal. Someone else might need the care. He was very persuasive.’ exclaimed Satyaki.

‘But half of their beds are lying vacant! I am sorry but, is this some sort of a sick joke? So all those sessions of chemo and radiation were for laughs? What about surgery?’ cried Ishani.

“She just might… Well, we are not letting this happen, so he’s out of his mind. How dare he talk like that about my mother! It’s good that you said no to him.’

‘That know-it-all doctor, I knew he was evil the moment I saw him. We should call the police on him. ‘

The thought of even considering something so brutal and immoral, something that is akin to murder, had made Ishani livid. She stormed her way out through the emergency exit.

Being a child of divorce, she always had trouble reconciling with reality. Mother had always protected her from the scourges of the outside world. A world where everything was relative and nothing was absolute, where moral and immoral was only a matter of the prevailing perception. Is it not immoral to keep a person from dying with dignity? Is it not in service of our adopted ideals that we choose to ignore the suffering and misery of our ailing beloved? Conversely, what twisted sense of morality gives us the right to take someone’s life?

Satyaki was tired, his sinus had started acting up, and the blinding white lights in the hallway weren’t helping. There were faint rustlings, people whispering and chuckling at the other end of the corridor, black forms floating in from the elevator. A chill washed over him. Were they laughing at him? Were they talking about him being an incapable son? ‘Vultures’ murmured Satyaki, shaking uncontrollably. Worn out by the pain and exhaustion, he slowly resigned himself to the approaching darkness.

“Here, now, have a glass of milk! You can’t do this to yourself, Dadai. Maa would be furious if she knew what you’re up to,” cried Ishani. Satyaki squinted to make out his surroundings; he was home.

“Freshen up, because I am not letting either of us stay alone tonight. We need to relieve Aunty Judith by ten.”, said Ishani while braiding her hair.

Satyaki watched his sister with a watery glint in his eyes. “You have picked up all her mannerisms, haven’t you?”

“And you have become a creepy old man, at least wait until you turn thirty.”

Memories rained on his mind like the times when they were little: how the siblings used to play pretend-shop with their mother’s cosmetics, how nana and maa used to be the only customers, how they daubed their mother’s face with talcum and called it facial, how she played the informant in one of Satyaki’s make-believe police hunts many times. A poignant smile washed over Satyaki’s chapped lips.

“I have spoken with a friend who is a lawyer and he said the hospital cannot force you to sign a DNR, and that we should get a second opinion.” exclaimed Ishani.

“So you’d rather have her poked and prodded with tubes and needles for the rest of her miserable life. Is that why you have me sleep in mother’s room at night? Is that why you keep all the lights in the house on at night? You think I don’t notice how you are always having your friends stay over until I come home because you dread being alone! You keep spraying these room fresheners in the house… The other day you flinched when she wanted to hold your hands. If all these instances don’t spell it out for you, I give up.” Satyaki’s mouth was parched.

Ishani crumbled into a million pieces and howled like the wailing wind. “I can’t look at her anymore; she looks like a living corpse. Her skin feels like rubber. I am horrible. I am sorry, Dadai.” cried Ishani.

Mother has always been so full of life. She could make the saddest person in the room giggle; such was her charm. A fighter she was, balancing between a job in the morning and the book-keeping in the evening and still managing to cook them a decent meal at night. She was always an ally in their revolts and a friend in their heartbreaks. Oh, and how she loved all the beautiful things! She’d wake up early in the morning and tend to her little garden, her bonsais and orchids, and clean her extravagant collection of Buddha busts and dhokra figurines. She had an adorable habit of leaving little chits having goofy messages upon the fridge door. And how they could never resolve the little mystery behind the lingering fragrance in the bathroom every time she took a bath. She was a living monument to them and her absence had created an irreplaceable void.

The siblings stayed in a long warm embrace and in that moment of clarity, it dawned on them that the future won’t be kind. No matter what path they tread tomorrow, they would be courted by the vultures of ethics, and if that doesn’t satiate the jurors’ blood lust, then they would be crucified at the altar of morality.

“When we go out that door tonight we will have no choice, but to owe our mother the warmth and kindness she deserves,” said Satyaki with an assuring smile.

Suvajit is a student of cinematography and an amateur filmmaker.

We welcome your articles, stories and poems (in বাংলা or English) at letters@timesofcorona.com or timesofcorona@gmail.com 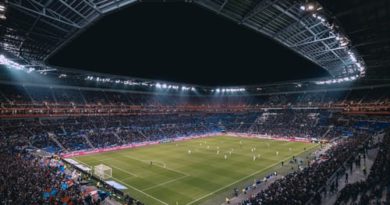 Football in the Times of Corona 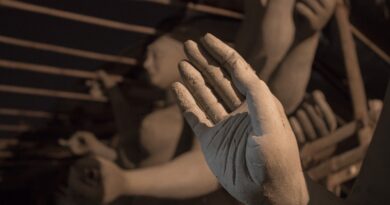 The Durga of the forbidden territory 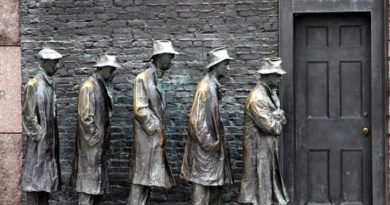 Scenes from a Lockdown; Part I