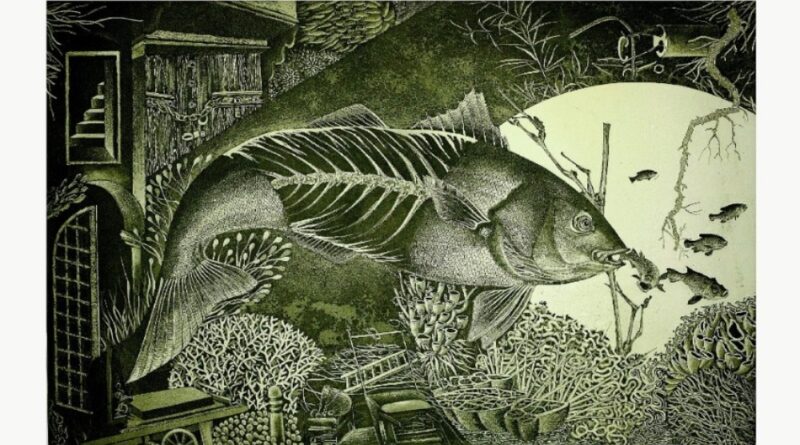 Jyotirmoy’s drawings and prints are based on the ecosystem, environment and nature. His primary focus is on living beings such as insects, birds, beasts, fish, etc., which play a significant role in our environment. He is originally from a remote village named Kanjiakhali. In 1999, his family shifted from the village to a suburb, Uluberia. It is here that Jyotirmoy realised that the ecosystem of his village was not available in the suburb, where the flora and fauna had somehow deteriorated in number, degree, attraction and appeal. The natural environment here lagged behind and an artificial world was taking over with its pollution and urbanization with every passing day. Naturally, trees, plants and herbs are on their way to extinction. Ubiquitous electronic waves have been affecting these living beings greatly; for example, a large number of bees in apiaries are dying premature deaths. The existence of living beings is at stake.

Whenever Jyotirmoy has to commute from Uluberia to Kolkata on account of his artwork, he comes across numerous sights of nature being gradually swallowed by pollution. As one proceeds from a remote village to a town or city, one notices the blue sky gradually turning grayer as the level of pollution increases. This phenomenal destruction of nature is what drives Jyotirmoy in his art.

Jyotirmoy is an artist and a painter-cum-printmaker by profession. As an artist and as a human being, he believes that he has a sacred duty to do something for the betterment of the society as well as for the diverse entities in the living world. He wishes to make people conscious of the rapidly growing perils of the living world, threatening the existence of all living beings. He tries to highlight the problems of society through his Art via etching and other techniques of printmaking, as well as other new mediums. He collects data on lost insects, birds, beasts, etc. , and their dead remains from nature and tries to understand the causes behind their disappearance.

Jyotirmoy intends to collaborate with a Botanist to render a scientific approach to his work, as authenticity adds an extra dimension to any project or study. Just like the Herbarium Drawings that are simultaneously scientific and aesthetic, Jyotirmoy attempts to bring a similar effect to his works – as an Artist-Botanist. He aims to sketch out data, verify its historical and social values and try to create his compositions on the basis of those findings. To achieve this, he intends to take recourse to both etching and museum display. Along with the paintings, the installations of the preserved dead remains will be displayed in a way similar to those preserved in science laboratories or museums.

The main objective of his art, through his installations as well as his artworks, is to be able to express a deep and firm message to the visitors which will encourage them to take a step towards solving the serious problem of dangerous pollution that the world is facing. Maybe someday, we will be able to create a non-polluted and healthy environment which can protect the existence of living beings from the dangers and fatalities existing in the natural environment today. 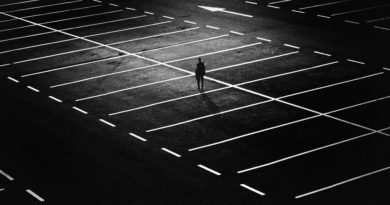 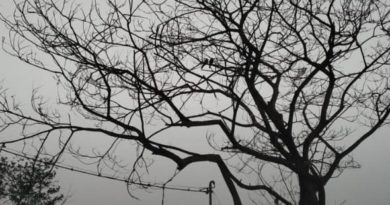 Love in the Time of Lockdown 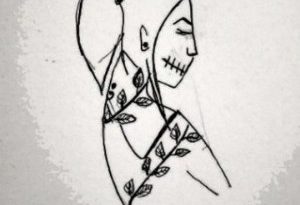 Coping Under a Lockdown