After the success of Art Edition 1 and Art Edition 2, we are back with Art Edition 3: Climate Week. From 14th to 24th November, 2020, we will once again exhibit the works of 4 International and 4 Indian artists.

We thank you all for supporting us so far. If it wasn’t for you, we couldn’t have imagined keeping up with this humble initiative of ours. For more updates, watch this space in the coming days!

Here are our Artists:

Gunay brings a versatile style in expressing her views on nature, animals and climate change.  With her paintings, she states that we treat nature and animals poorly for our own pleasure. She aims to make her viewers aware of the fact that humans do not think enough about their impact on nature and climate change, to the point of devastating global pandemics where we are forced to confront the realities we have created for ourselves and other living beings of this earth. Gunay’s group digital art show Clean Air for Blue Skies,  Pinelo Art Gallery, will be on display during London Climate Action Week Nov 14 – 20.

Bitarka’s project is concerned with portraying the environment and the ecosystem, using eco-friendly art supplies, the primary focus being on marine and sea animals, coral reefs, the effect of urbanization on the environment, among other things. Her research and art concerns itself with the negative impact of anthropocentric urbanization. She essentially explores the feeling of Nature and Environment through colour. Her paintings have their own sea, river and fish as independent entities.

In her work, Madhurima has tried to capture the changes that come with urbanization– with its bridges, cars, skyscrapers and roads. She care deeply about the cause of the environment and, hence, choose to have her work reflect on the ways in which our natural resources are being constantly exhausted. She has also tried imagining these modern cities, along with the consequences of their existence.

Selva Ozelli Esq, CPA, is an environmentalist who expresses the sentiment of the times of Corona in her work as an artist, writer, international tax attorney, and certified public accountant. Her works have been showcased in multiple countries, as well as by the UN for its World Environment, Oceans and Desertification days. Her works have also been published by the world’s first climate change museum, the Jockey Club Museum of Climate Change, Hong Kong.

Ranajit grew up close to nature, among simple villagers and in the midst of animals and birds. For the purpose of his profession, he had to move to a metropolitan city, where he sees animals, birds and humans fighting in different ways at different times for food and shelter. His paintings express the fight for survival where people have lost their humanity and conscience to greed. In his work, Ranajit amalgamates human, bird and animal body parts together as if they were a continuation of a single body.

Çilem challenges despair and darkness through her paintings, especially in times of difficulties. In her paintings, she dreams of a world where everything is possible, with differences and contrasts intertwined. She tries to express that all the energies in the universe and our planet follow each other. In other words, she tries to express the feeling that our existences are intertwined and that it is only possible to coexist mutually. The philosophy behind her art is to create hope where there is none.

Dibakar’s art is inspired by the the aesthetic vision of forming some deeper emotions, like pain, love, anger, etc, that substantiate one’s life. He deals with the emotions of human and nature in his paintings. Colours play a vital role in creating the desirable monument. He loves playing with colours and the subject matter of his drawings.

A complete guide to Teaching-From-Home (TFH) 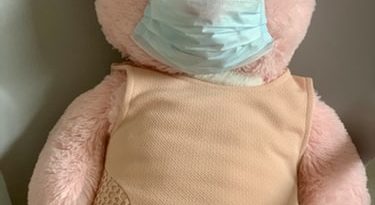 Irresponsibility in the Times of Corona 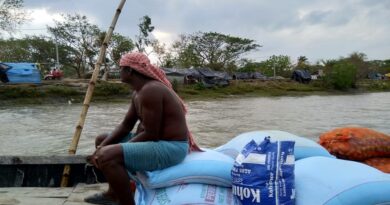